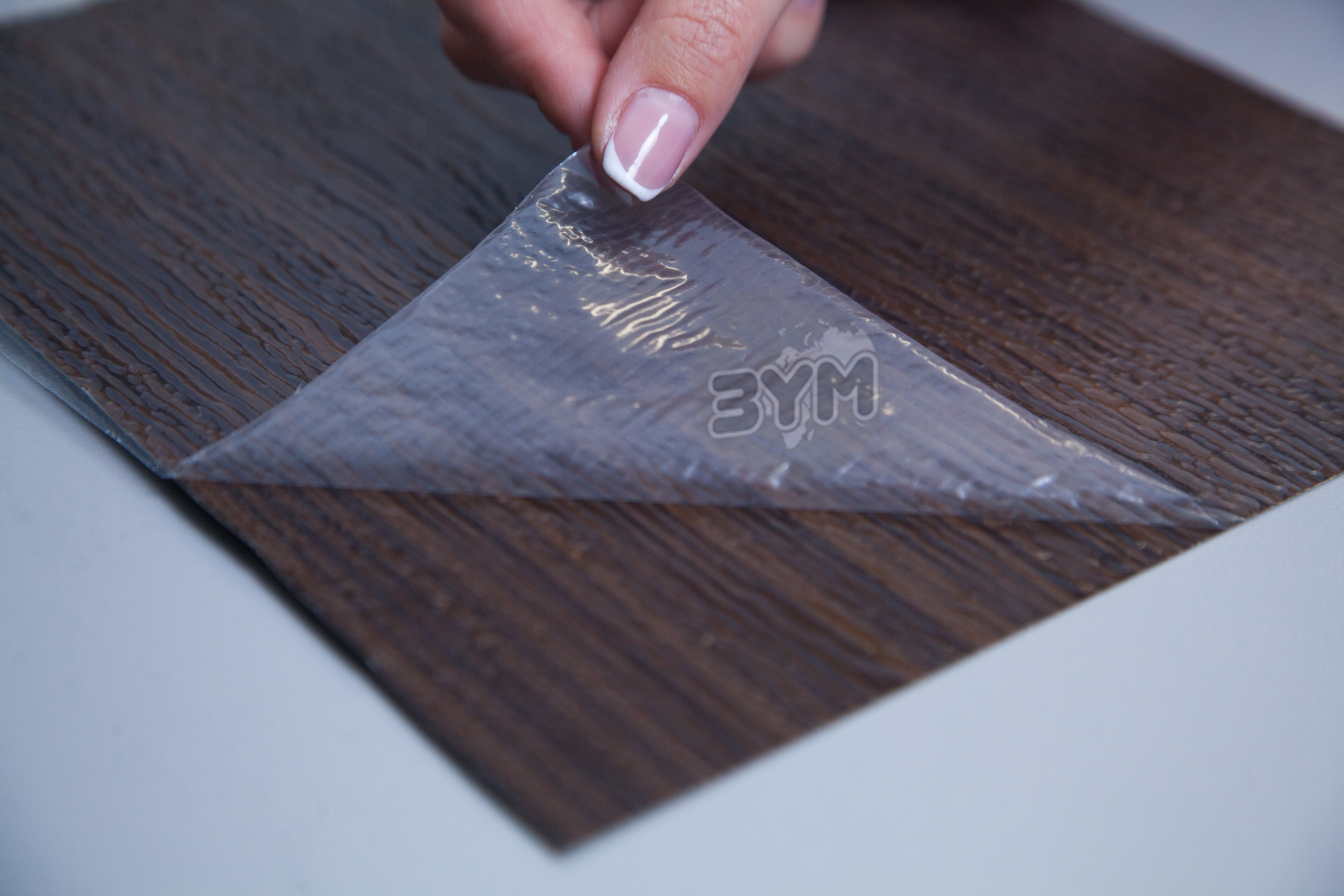 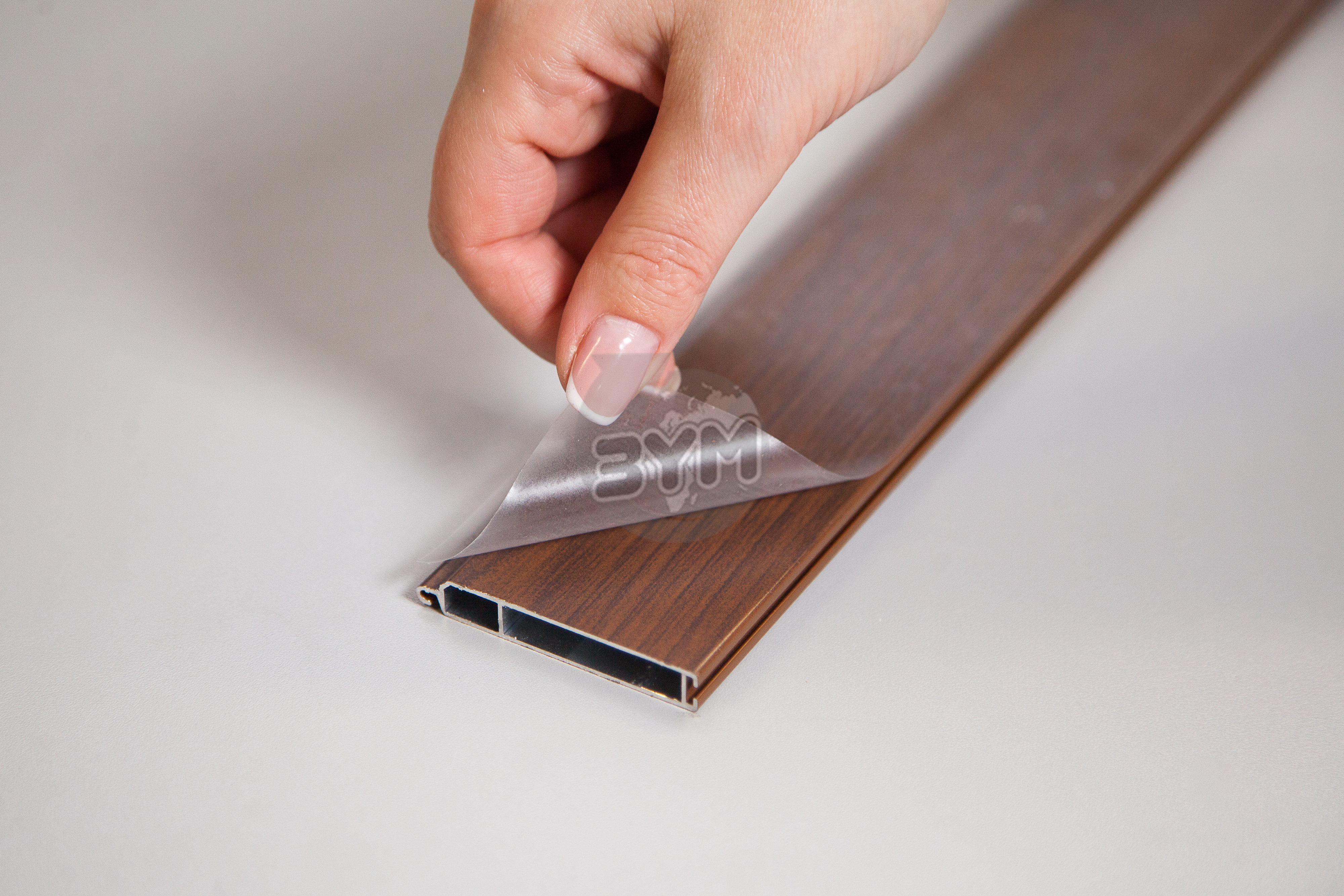 ZOOM-3 adhesive film and its modifications to protect metal surfaces.

ZOOM 3 is a self-adhesive protective film used for waterproofing of metal tile and roofing made of metal. The film has a dense structure and safely protects the surface from moisture.

You don’t need to use glue to paste the film, as it is already pre-applied to it, also there is no need to have special skills. The application process takes only a few minutes, anyone can cope with it.

Fields of application of ZOOM-3 film

What surfaces is the film suitable for?

ZOOM-3 is suitable for most roofing and finishing surfaces, such as:

Powerful adhesive keeps the film during many years even with long-term moisture attack.

What natural exposure does the film protect from?

The main function of the ZOOM-3 is waterproofing. The film safely protects the metal from corrosion under the influence of moisture and chemicals contained in rainwater. Also, the film prevents the growth of mold and fungus on the surface of the roof.

Strong wind, bright sun and temperature changes are not problems for the protective film ZOOM-3. Having pasted it only once, you won't worry about a condition of your roof for many years.

What are the advantages of ZOOM-3 film?

This model differs from the similar waterproofing films by a moderate price and low weight. Moreover, during the production of ZOOM-3 special components are added, they help the film withstand high temperatures and chemicals exploration better.

The main advantages of ZOOM-3:

To place an order for the purchase of film, you can call by phone number +7 (831) 413-66-37, or you can use the online form and submit your request for a call back or send a letter with an application by the mail zoom-nn@mail.ru и zoom1-nn@mail.ru.

Are used to protect:

1. PURPOSE OF THE PROTECTIVE FILM

1.1. The self-adhesive protective film of the “ZOOM” brand is used as temporary packing to protect smooth, matte, textural and other rough surfaces of metal, plastic, glass, wood products from damages at insignificant mechanical effects and pollution during the storage, transportation, installation.

2.TRANSPORTATION OF THE PROTECTIVE FILM.

2.1. Transportation of rolls of a protective film is made on pallets in horizontal or upright position, with obligatory interlining material made of corrugated cardboard between the rolls, in the enclosed transport protected from atmospheric condensation.

2.2. Each packed pallet must have a packing sheet, each rolls – tare label, shipment – certificate of quality.

2.3. Transportation and loading works should be carried out with extreme care to prevent damage to the rolls of protective film for mirrors.

3. STORAGE OF THE PROTECTIVE FILM.

3.1. Protective film of “ZOOM” brand should be stored in rolls in a dry, ventilated area, without direct sunlight, dust and water at a temperature of + 4 to +35 ° C, at a distance of 1 m from the heating devices, without the aggressive vapors, inflammable liquid, refined products and combustion products in the environment.

3.2. The shelf life of the protective film of “ZOOM” brand in the original packaging is 6 (six) months from the date of manufacture while observing storage conditions by the Customer.

4. APPLICATION OF PROTECTIVE FILM ON THE SURFACE OF THE PRODUCT.

4.1. During the application a protective film on the product, it is necessary to ensure the temperature of the protected surface within + 170C = + 350C and the rolling pressure of 5-6 bar, at the same time to use laminating machines with rubber-coated press rollers. This is especially important for polymer surfaces containing a large number of fillers, plasticizers, modifiers and other active additives.

4.3. If the protective film is exposed to negative temperatures, it must be kept in a warm room for 24 hours to a temperature of at least + 17 °C, throughout the volume of the roll, which will prevent condensation.

5. STORAGE, USAGE THE PRODUCTS WITH A PROTECTIVE FILM.

5.2. Storage of the protective film pasted on the surface of the products is carried out indoors, avoiding insolation and moisture exposure, at a distance of 1 m from the heating devices, without the presence of corrosive vapors in the environment, petroleum products and combustion products, in packaged form. When storing outdoors, it is necessary to pack the package with the products with waterproof opaque material.

6. REMOVAL OF THE PROTECTIVE FILM FROM SURFACE OF THE PRODUCT.

6.3. When removing from the surface of the product, it is forbidden to heat the protective film with any heating devices, especially heating devices that emit combustion products.

7.1. The properties of the protective film can be lost in case of violation of storage and operation conditions.

7.2. Physical and mechanical parameters of the protective film are valid under test conditions: temperature is 23 +- 1°C, relative degree of humidity 50+- 5%.

7.3. In case of violation of the operation requirements of the protective film, the manufacturer reserves the right not to accept claims relating to quality

7.5. The following official data are obligatory for consideration of the claim: product brand and standard sizes,serial number, roll number, date of manufacture, photo of the place where the hidden defect spotted.